Our city is more than a lifeless system of stone and steel to organize daily life with. We live in it! On some days, we enjoy life in our city. On other days, we hate life in our city. We discover our surroundings. We collect pictures while walking through the streets, while sitting in the tube or while drinking a cup of coffee at a Café. We make different experiences with and in our city. We connect memories with certain places. Actually, we have a relationship and our „own“ story with the city we live in.

The tarot contains tarot-cards, a tarot-sheet and a booklet with information and inspirations. The cards visualize different ideas of an urban city. The sheet shows the system of putting the tarot-cards and creating the walk. The booklet provides information about the cards and further inspirations like thoughts, stories and experiences of people from different branches and from all over Europe.

It is possible to buy the tarot game. The price is 20 Euro (plus shipping rate). Please contact us: dieflanerie@gmail.com 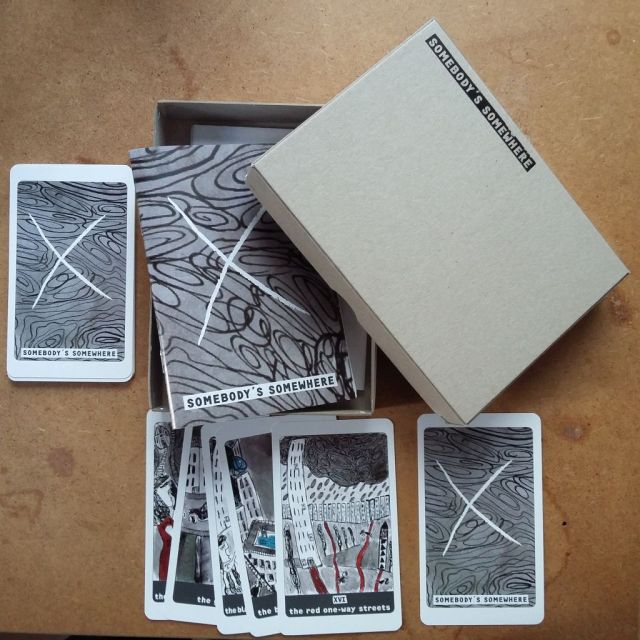